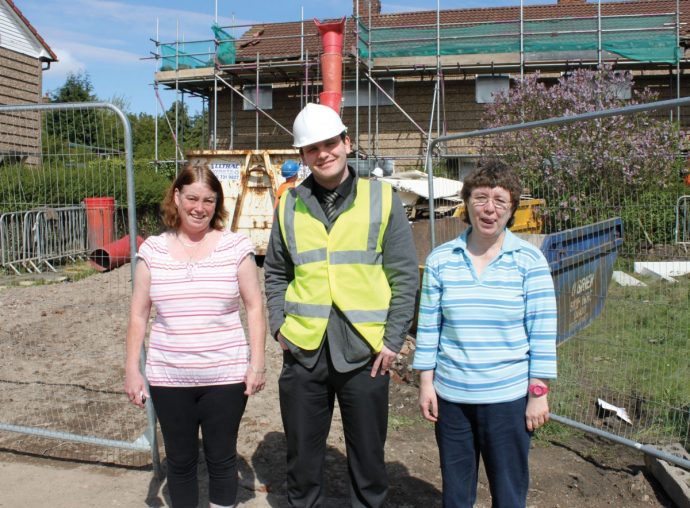 A unique project to save some of Kibblesworth’s post-war Airey homes for posterity has begun with the help of The Gateshead Housing Company.

A block of four houses is being painstakingly deconstructed, loaded on to pallets and transported to Beamish Museum in Durham.

Here they will be carefully stored until work begins on a new 1950s area, when they will be rebuilt as part of a typical north eastern postwar urban development.

The news attracted a lot of media interest with several tenants who lived in the Airey homes over the years being interviewed by Sky Tyne and Wear.

Airey homes were constructed in great numbers at the end of World War II, often as a temporary replacement for housing destroyed by bombs.

Designed by Sir Edwin Airey, they featured a frame of prefabricated reinforced concrete columns clad with a series of ship-lap style concrete panels.

Despite the intention that the houses should be a temporary measure, a small number are still in use almost 70 years later.

However, a £14m regeneration of Kibblesworth, which is supported by the Homes and Communities Agency and Gateshead Council, is creating 81 affordable new homes to rent, plus 54 for sale following the demolition of the Aireys.

Thirteen homes will also be offered for ‘shared ownership’ – a unique and flexible way for first-time buyers to get on the housing ladder.

Photo above: Steven Kelly of the housing company with Sarah Bradley and Janice Caiger, who had previously lived in the Airey homes being dismantled.