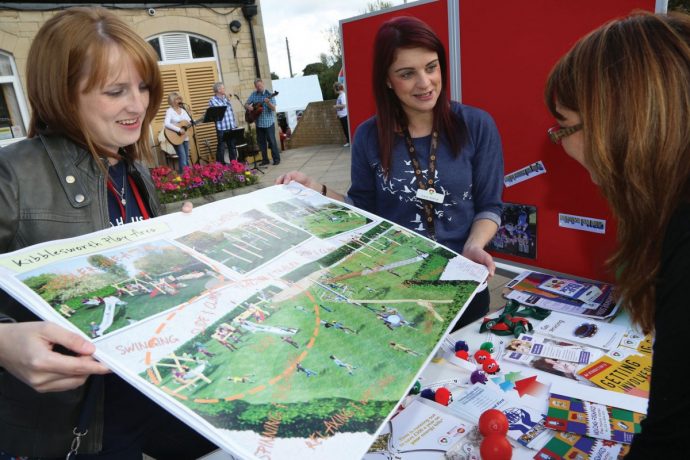 Kibblesworth’s Autumn Fair at the village’s Millennium Centre, attracted more than 200 residents and was officially opened by the Deputy Mayor of Gateshead, Councillor Jack Graham MBE.

This is the third event of its type in the area, which has seen large-scale development over the last four years.

A £14m regeneration of the village, which is supported by the Homes and Communities Agency and Gateshead Council, will eventually create 81 affordable new homes to rent, plus 54 for sale.

Thirteen homes will also be offered for ‘shared ownership’ – a unique and flexible way for first-time buyers to get on the housing ladder.

Richard Irwin, Chair of Kibblesworth Millennium Centre, said: “The village has been transformed over the last four years.

“By bringing people together it does help to create an even stronger sense of community.”