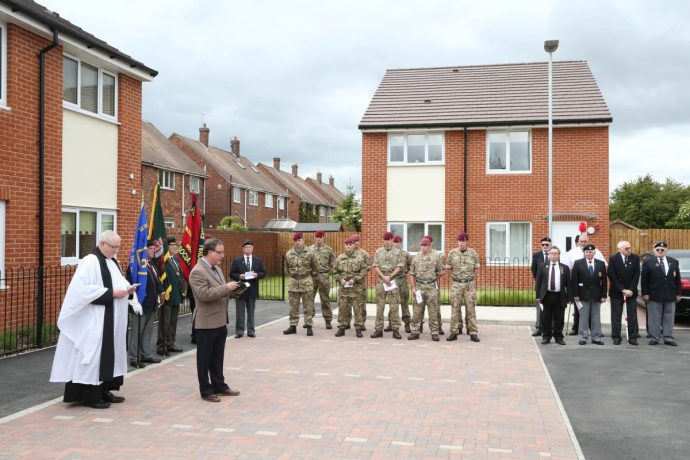 The mother of a soldier killed on active service in Afganistan in 2010 has formally unveiled a plaque commemorating her son – guaranteeing  that his name will live on for years to come. 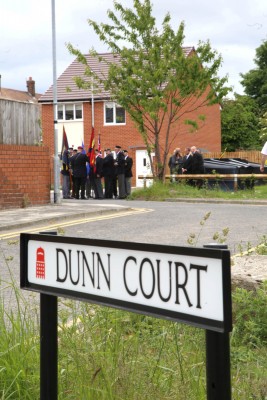 Corporal Steven Dunn, 27, from Gateshead died in December 2010 when the vehicle he was travelling in hit a roadside bomb in Helmand province.

Now, his name has been enshrined in a new housing development, which has been built close to where he lived and where his family still lives.

Soldier Corporal Dunn was born in Gateshead where he grew up and attended Saint Joseph’s RC School in Hebburn.

Stephen’s mother unveiled the plaque at Dunn Court in the company of 10 soldiers from his old regiment 2nd Battalion the Parachute Regiment who travelled from Colchester for the unveiling.

The Mayor of Gateshead, Councillor Alex Geddes, was also present.

Dunn Court is a development of five two-bedroom, three person flats and a one-bedroom, two person flat by Keelman Homes on the site of former Gateshead Council-owned garages.

All the properties have been let by The Gateshead Housing Company at affordable rents.