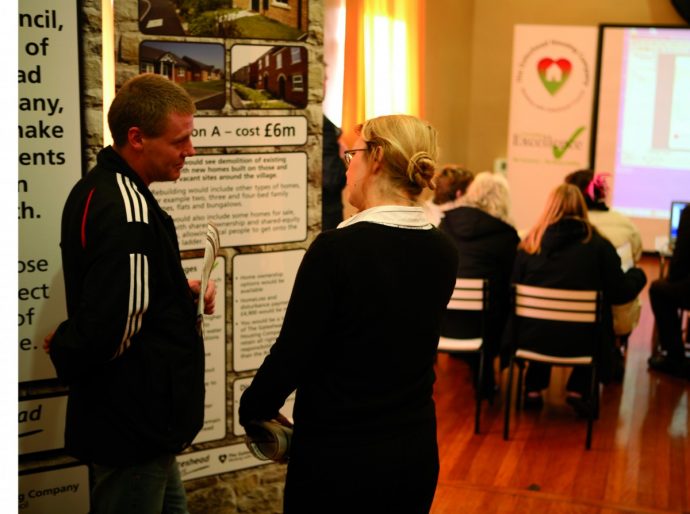 Gateshead Council and The Gateshead Housing Company recently consulted tenants about plans for almost 100 ‘Airey’ type properties in the area.

The homes, originally built in the 1940s, are in need of improvements to bring them up to modern standards.

Almost 84 per cent of those tenants, who took part in a recent survey, supported plans to demolish existing homes, with new homes built on those and existing vacant sites on the estate.

Should plans be approved, rebuilding could include other types of homes, for example, two-, three- and four-bed family houses and bungalows.

This would also include some homes for sale, along with shared-ownership schemes, allowing local people to get onto the property ladder.

A report is being presented to Gateshead Council’s Cabinet in April.

The report, if approved, will ask the housing company to develop costed proposals for building new energy efficient homes in Kibblesworth, based on the most popular solution, with further tenant consultation