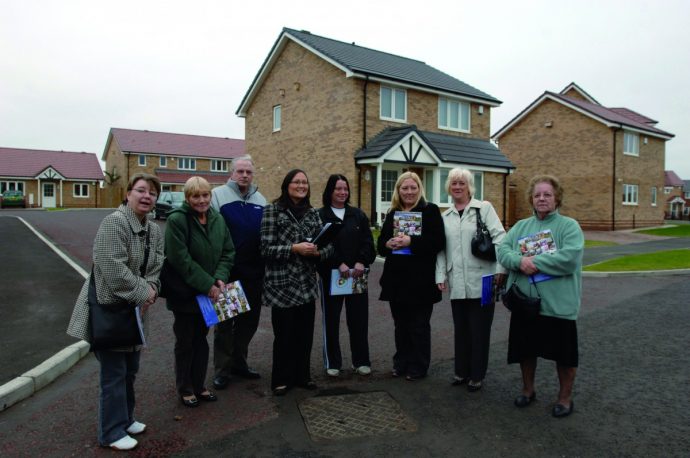 The Gateshead Housing Company recently gave residents the chance to see what their homes of the future.

A number of residents from the area took part in a visit to see homes built in Sunderland by gentoo homes.

The visit proved to be highly popular with tenants being able to see and touch the type of homes that could be built.

The new homes will replace almost 100 ‘Airey’ type properties in the area, originally built in the 1940s, and were expected to last just 15 to 20 years.

Almost 84 per cent of those tenants, who took part in the survey, supported plans to demolish existing homes with new homes built on those and existing vacant sites on the estate.

The Gateshead Housing Company and Gateshead Council are now developing plans that could include other types of homes, such as two, three and four-bed family houses and bungalows.

This would also include some homes for sale, along with shared-ownership schemes, allowing local people to get onto the property ladder.

Photograph above: Fourth from left, Suzanne Garnett, of the company’s Birtley office, is pictured with Kibblesworth residents at the recent visit to Sunderland.